Let me start by being really clear, that all child sexual abuse needs to be stopped. That includes everything: from inappropriate sexual conversations with children, sexual behaviour in the presence of a child through to looking at child abuse images and contact offences with children. Part of my life’s work is to work to reduce sexual abuse in all its forms, and I am very aware of the horrific consequences of child sexual abuse. However, many people never think about the world of the non-offending paedophile, and that is what I would invite you to consider.

The clinical definition of a paedophile is someone who has a primary or exclusiveattraction to pre-pubescent children (under 11 years old). The media, the police, and hence the public are very sloppy in their usage of the term paedophile. They incorrectly label someone who has looked at child abuse images – but whose primary attraction is to adults – as a paedophile. A person who has committed a contact offence with a child will usually be branded as a paedophile, even when they are happily married and sexually active with, and more attracted to, an adult than a child – which again is an inaccurate description from a clinical perspective. A paedophile is someone who is more attracted to children than adults, or whose sexual attraction is solely towards children.

In my therapeutic work with clients who are paedophiles I have found a variety of different causes. Many paedophiles have trauma in their history, often around the age of eight or nine for boys, and seven or eight for girls. Often they are re-enacting some aspect of their own history in some way. Working on and healing their childhood trauma through therapy seems to completely change their attitude to, and sexual desire for, children, and this appears to be a long-lasting result. But there are others, whose sexual attraction to children seems to be hard wired. Dr James Cantor of the Centre for Addiction and Mental Health in Toronto, Canada, has been using MRI scans to explore the brains of paedophiles. He says, “Paedophilia is a sexual orientation. Paedophilia is something that we are essentially born with, does not appear to change over time and it is as core to our being as any other sexual orientation is.” In these cases, therapy will offer the person techniques and strategies to learn how to handle their sexual desires, so they remain non-offendingpaedophiles, but for them there is no cure. 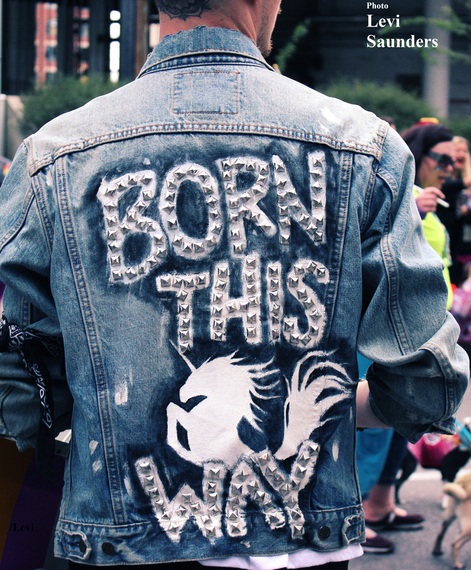 This brings me to a very important distinction, that not all paedophiles are child molesters. Just because there is an attraction, doesn’t mean this has to be followed up with an action. I am sure there are some readers who have a happily married work colleague or friend, who they find sexually attractive, but would never dream on acting on that attraction. So it is for non-offending paedophiles. They recognise their sexual interest in children, but they spend a life-time managing their behaviour, and never break the law in any way. They never touch a child, or act sexually in the presence of a child, or look at child abuse images online. Of course there are also many paedophiles and other people who commit horrendous crimes including sexually abusing children, I am not wanting to discount that, but for the moment I am thinking about those who are living law-abiding lives.

Two StopSO client that I spoke to have allowed me to report their stories, provided I change their names. Let’s call one Chris. He was concerned about his sexual thoughts towards children. He was not sure where to go for help. Now in his twenties, he had been living with these thoughts for some ten years, since he was a teenager. He had never looked at illegal images of children. But he was starting to think about this more and more and wanted help to ensure that he didn’t act out. He went to see his GP. His GP was open with Chris that he had a duty to report him.

The GP did not know where to get help for Chris, but he Googled ‘sex offender help UK,’ and he found StopSO: The Specialist Treatment Organisation for the Prevention of Sexual Offending. Chris was referred for therapy, but he could not afford to pay for himself. Luckily, StopSO had been given a small grant to subsidise therapy for those who couldn’t afford to pay for themselves.

Meanwhile, the GP completed a safeguarding referral to the local authority. The local authority held a strategy meeting which was attended by the GP, social services, local safeguarding children’s board and the police. The strategy meeting took the decision that there were insufficient grounds for any further investigation or action to be carried out. This was because Chris didn’t have any contact with children and there was no evidence that any offence had been committed.

Chris told me, “I know of an individual, much younger than me, who sought help for his worrying thoughts about children. He also went to his GP, but it was a different local authority, and he ended up being formally investigated by the police because of it. He had an horrific experience. In the end they found that he was completely innocent. He had no illegal images on his computer or phone. He had no children in his immediate family or living near to him. The authorities eventually decided that he was telling the truth, and their investigations confirmed that there was no evidence that a crime had been committed, nor did it seem likely that a crime would be committed.”

Chris told me, “If I had known his story beforehand I would never have gone to see my GP at all. And, if I had known there was somewhere to get help, where I would have been treated confidentially, I would have sought support much, much sooner. I waited until I was suicidal to ask the GP for help. Finding StopSO was, for me, what made the difference at the end of the day. I got access to a therapist who knew what they were talking about, and it has enabled me to remain law-abiding. I never want to harm a child, despite my desires. I have strategies now to manage myself, and talking about it has made all the difference.”

Chris went on, “Once you accept the idea that there are people who want to seek help to stop themselves harming children – which can only be a good thing – logically society should surely make that process of seeking help as easy as possible. Otherwise people aren’t going to do it. We want more people to recognise, and admit, that there is a potential problem and seek therapy at the earliest opportunity. It both minimises the risk of any harm occurring, and also, early intervention is obviously easier and may be more effective.” Chris found the therapy so helpful that he called Radio 4 P.M. programme, to talk about his experience(click here to listen to that interview). Chris does not feel at risk of acting out inappropriately any more. He also knows he can come back to StopSO if he ever needs to.

Another client, James recognised that he had a sexual interest in children by the time he was twenty. “I couldn’t talk to my mum and dad. I was lucky, I was able to tell one of my friends, and I think talking to him really helped. Finding a therapist who was open to my thoughts and knew how to help me control my urges has changed my life. It is a very difficult thing to discuss with your parents or your friends, but I think more needs to be done to help people like me, not to feel odd and excluded. I have found that when I cannot talk about it, I am more likely to be drawn to act out. When I can talk about it, it is like a pressure valve gets released, and I feel like I can manage myself. Virped www.virped.org a website for virtuous paedophiles has really helped me not to act out sexually, and at times I rang theStop It Now helpline too. Provided I didn’t tell them my name, they could talk to me and help me confidentially. But one-to-one therapy is the thing that has really made the difference to me. I hope that society will gradually accept that being a paedophile, for some people, is an involuntary condition. But being a child abuser is a deliberate choice..”

It is clear that both Chris and James are paedophiles who are separating the attraction from the action, both determined to remain completely law abiding. If we can let people with this sexual preference know that there is sympathetic help out there to stop them from committing a sexual offence, surely that should be a vital part of our child protection strategy in the UK.

Also published in the blog on www.sexuallyinappropriatebehaviour.org

Written by Juliet Grayson, Chair of StopSO: The Specialist Treatment Organisation for the Prevention of Sexual Offending.